What is genetic testing?

Genetic testing is a tool that is used to find out whether a person is carrying a specific altered (mutated) gene that causes a particular medical condition such as a disease. 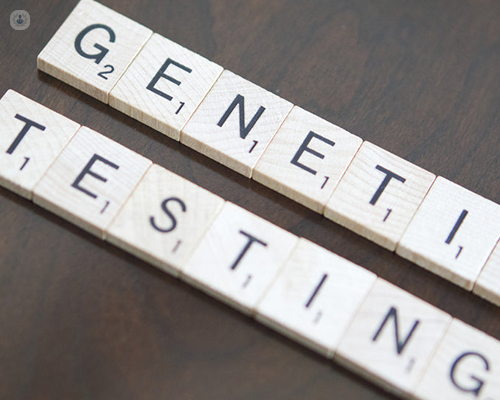 What are the different types of genetic testing?

The different types of genetic testing and their purpose include:

How are genetic tests made?

There are different way to test, which collects samples that will be sent to a lab for analysis. These include:

What is genetic counselling?

Genetic counselling provides support, information and advice to those who have been referred to a genetic counsellor by their doctor. A healthcare professional will discuss the health condition that runs in the family and how it may be affecting the patient and their family. The counsellor will discuss the risk of a couple passing on an inherited condition to their child and offer support if the patient wants to have another child. The counsellor can also discuss the different types of genetic testing, including the risks and benefits of each.

This website uses cookies to improve your experience while you navigate through the website. Out of these cookies, the cookies that are categorized as necessary are stored on your browser as they are essential for the working of basic functionalities of the website. We also use third-party cookies that help us analyze and understand how you use this website. These cookies will be stored in your browser only with your consent. You also have the option to opt-out of these cookies. But opting out of some of these cookies may have an effect on your browsing experience.
Necessary Always Enabled
Necessary cookies are absolutely essential for the website to function properly. This category only includes cookies that ensures basic functionalities and security features of the website. These cookies do not store any personal information.
Non-necessary
Any cookies that may not be particularly necessary for the website to function and is used specifically to collect user personal data via analytics, ads, other embedded contents are termed as non-necessary cookies. It is mandatory to procure user consent prior to running these cookies on your website.
SAVE & ACCEPT